Spring has come early this year in New England. On a recent trip to Concord I snapped a few photographs of the swollen rivers that are notorious for flooding the low lying areas of south eastern New Hampshire. 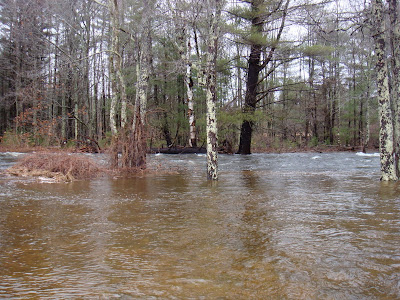 Below can be seen evidence of one fire department's affection for Irish pubs as they painstakingly barricade the lowest floor of one popular and flood prone Dover watering hole. 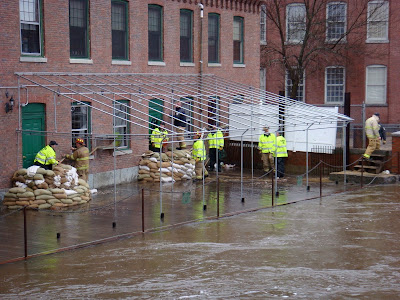 Before the large brick mills of New England were converted to cubicle farms and call centers swift and narrow rivers like this one were used for power to operate textile machinery. This river actually flows underneath the largest mill in Dover and was raging from recent rains. 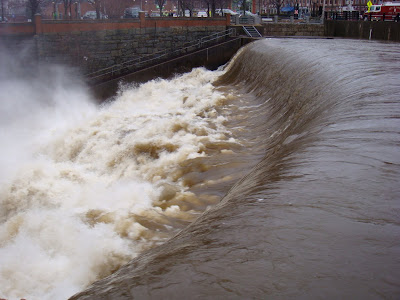 Another mill situated on the New Hampshire / Maine border still generates hydro power which is now used to offset the town's electrical bills. 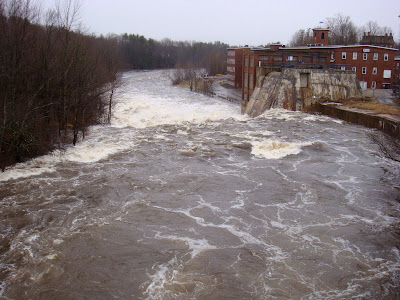