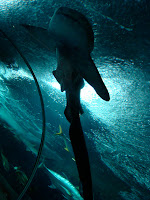 This weekend the chandler took all the officers out to dinner as is his custom once a month during our prolonged stay in Singapore. To satiate our appetites he ordered tender barbecued skate, spicy pepper crab and garlic crusted farm raised prawns the size of small lobsters. It was an array of seafood I had never seen and being such a glutton for local fare I tried it all. The only thing I wouldn’t have touched was the shark fin soup, which because of the exorbitant price he decided not to order. The reason I dislike shark fin soup is because it encourages the slaughter of shark solely for that highly sought appendage creating a horrendous amount of bycatch and is responsible for wiping shark out of the oceans.

So it was an ironic moment yesterday at a Chinese wedding when I found myself most unceremoniously slurping up non other than the wicked and detestable shark fin soup. Being the only non-Chinese guest at the wedding I felt obliged to partake in the gelatinous dirt tasting liquid. I was afraid to offend the couple and all the hard earned money I knew it cost the bride to serve this revered and healthy, so I’m told, delicacy.

The rest of the food, served from large platters in eight courses, which everyone dug into with their chop sticks was phenomenal. Baked fish in chili sauce, whole broiled chickens with heads intact, a mushroom cap and leak salad, fried jelly-fish and prawns, pork rolls and a pile of dirty fried rice wrapped in a huge leaf were among the more substantial plates served.

The wedding itself was simple and informal. As I quickly found out today’s younger generation of Chinese working in Singapore all come from single child families. This combined with the bride and groom’s parents still living in China meant the guests were exclusively friends and co-workers. How might one end up attending the wedding of two complete strangers? A little bit of charm and a lot of randomness at the local Kampung chicken rice shop wound up with me getting an invite by one of the brides’ friends.

The actually marriage consisted of an officiator reading an oath in Mandarin to be repeated by the bride and groom whom then signed the marriage certificate. There were none of the aspects of a western wedding nor any religious overture, just a simple transaction under the law and a lot of little red envelopes.

Yesterday’s wedding was an unexpected climax to two very untypical weeks at anchor. Since the next repair cannot take place until all the permits have been granted the ship is in a fully crewed standby period which means light duty for the crew and because I’ve been graduated to a day worker a lot of time to roam the Island. 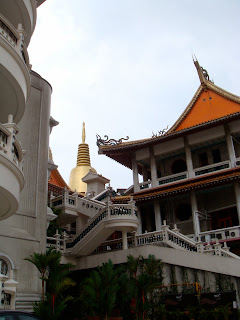 Besides being a part of the most important day of two complete strangers lives I’ve seen the aquarium on Sentosa Island, climbed the cliff at Labrador Park and located the biggest Buddhist monastery in the land. I’m finally able to tell if the cab driver is ripping me off by driving ten blocks out of his way though this is a rarity in Singapore. One of the most enjoyable aspects of visiting, or as it is living in the anchorage are the people. Singapore has to be one of the safest 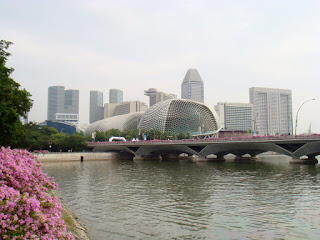 places on earth and that security means people maintain an easy and happy demeanor. The flip side is a heavy handed penal code and a very intense work ethic, six days a week for most of the folks, but when it comes to small talk at the bar, asking for directions or being invited to weddings people are very amiable.

A huge part of the recreational culture here is shopping. Despite being surrounded by water Singapore’s beaches are icky and most of the island is developed so the usual hangouts at the end of the business day are restaurants and malls. At night this moves into a number of huge and packed bars and clubs which cater to all sorts of different cultural themes and, as prostitution is legal here, varying level’s of sleaziness. Whatever your preference there is always a party to be found.

This week the ship will be moving to the north end of the island to receive a load of cable lent to another repair vessel. This will entail a 36 mile voyage, the lengthiest of my hitch, out of the anchorage, past Johor Malaysia and then to Sembawang shipyard. A welcomed respite from too many ATM receipts and not enough sleep. Hopefully the next repair will start in early 2010 unless something breaks sooner. 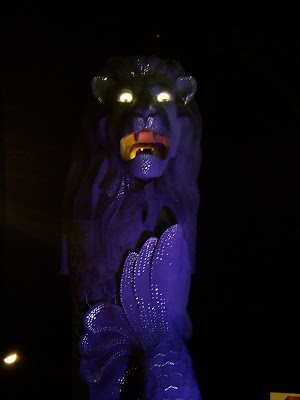