People frequently ask me if I like having so much time off in between jobs at sea. These days I can answer with surety that I do enjoy the six months of the year which I have mostly to myself, now that so many of my mandatory training courses are completed. When I had just started sailing though it was a different situation figuring out how to spend those idle days away from work.

At first it wasn't an issue at all. I worked in sail training right out of school waiting for the ink to dry on my license. Once it had stopped smudging I went on to tankers and then back on the schooners. After a full year into my seafaring career I finnally had more than a month off which meant ample time for me to contemplate how to spend it.

This proved problematic. Even though I was often telling friends how much I liked having long vacations the truth was that I had no idea what to do with myself. I had grown so accustomed to the constant challenge and action of being at sea that everything ashore seemed a bore. This was ironic since I spent most of my time at sea telling the crew what I'd be doing as soon as I was off the boat.

I began experimenting with my vacations by living in different places and pursuing a variety of activities. Cycling, yoga, scuba diving, surfing all became new interests of mine. I wandered around Argentina a bit, spent more time in Montreal and New York, went to Spain and saw the Balearic Islands. It took a while but eventually I found a home near where I was raised and attempted to start settling a little.

Still I was vexed by an internal nagging that if I wasn't gaining sea time, paper endorsements or most importantly experience in my profession than I was loosing the head start in a race I never knew existed. This spurred me from job to job and sooner than was sane I would find myself back at sea looking for the next license.

Luckily that unrest is beginning to settle as I discover some of the finer things in life that really can only be had with ample time in one place. The best so far is a sense of community, something that I tried hard to keep intact despite my travels. After being abroad for the better part of five years walking into a cafe or a bar and being recognized is very satisfying for me.

Technology has definitely helped in this endeavor, especially since I continue going to sea. Despite how uninteresting I find daily facebook banter I really appreciate having my entire web of friends at my fingertips to update whether I'm in the same hemisphere or not. 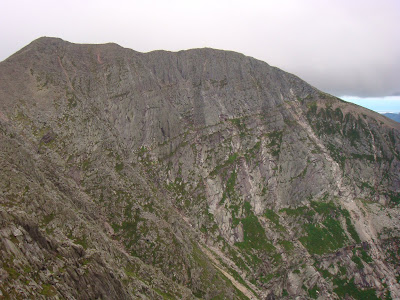 After that doing the things I enjoy and having the time for them is a true privilege and this summer has been no exception. I've been fortunate to have a little extra time off waiting for the next job and have taken advantage of it. After sailing to Bermuda and back from hiking the highest point in Maine was top on the list and this long time desire was satisfied shorty after the schooner trip. 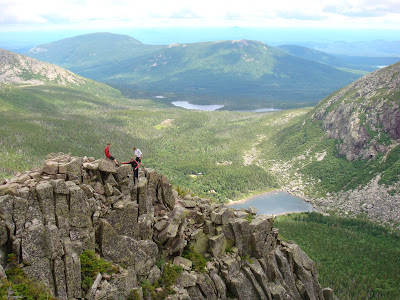 There is no lack of natural beauty in Northern New England. I was especially impressed by the remoteness of Baxter State Park and the immensity of Khataddins rock slides. Last year when I headed up to Baxter in late September the summit was snowed in. This year though we made it, the knife edge was as awesome as expected once the cloud cover cleard out. One foray into the woods wasn't enough so a few days later I ventured to one of the prettiest spots in New Hampshire and spent a day swimming in the frigid pools of a mountain stream I've spent days at sea dreaming about. 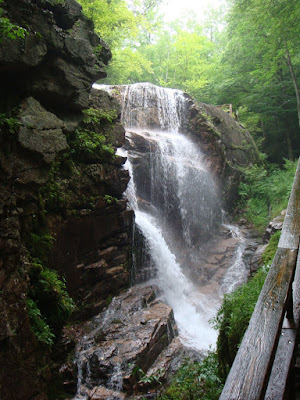 On the way down from those heavenly pools we stumbled upon this guy munching away in a clearing not five feet off the trail. A sizable bull that could have easily trampled me hardly paid any attention as I backed away to snap pictures from a safer distance. No New England holiday would be complete without a canoe trip. This site, my absolute favorite, is situated a couple hundred feet from where I grew up in Maine. I was relieved to see that after ten years nothing on the island had changed and despite four years of midsummer highschool parties in this very spot the island wasn't any worse off for it. The only change was that the boat traffic had increased ten fold including one speed boat that almost swamped the canoe and all of our gear. 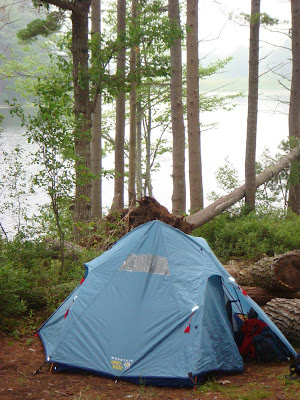