Photo's from my last hitch 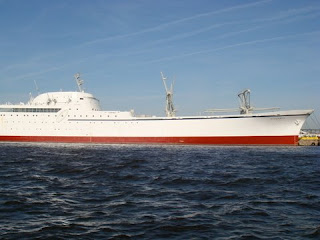 The N.S. Savannah after her recent paint job thanks to the Maritime Administration moored in Baltimore Harbor. The vessel, the first and only nuclear powered commercial freighter, is a national historic landmark. 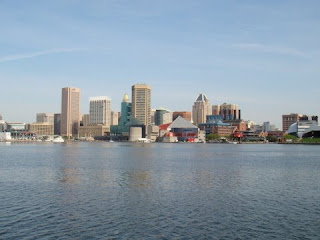 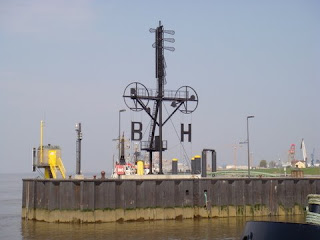 One of the lock entrances to Bremerhaven's old non tidal basins. 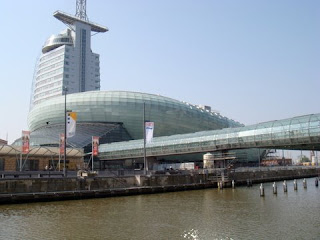 The awkward modern architecture of Bremerhaven's not so historic looking historic waterfront. 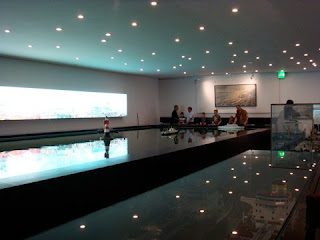 This is the remote controlled ship pool at the very impressive Bremerhaven Maritime Museum. I was really impressed by the love of boats and the North Sea Bremerhoovians express. There was a line of parents and kids waiting to tool around the Rotter Sans light with a model pilot cutter or fish processor. If I ever make it big I will have one of these in my basement! 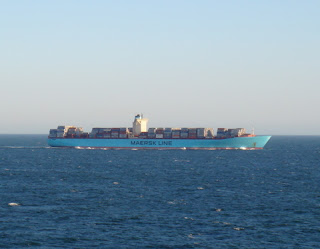 The Eleonora Maersk bound for Bremerhaven Germany on the same day as we were. She is the sister ship to the Emma Maersk and the Estelle Maersk, the largest container ships ever built. The were constructed shortly before this global recession and the Eleonora can be seen with only half of her above deck capacity stacked.

She has a total teu capacity 11,000 and it is rumored that a capacity of 13,500 teu is possible. She is 397 meters long, 56 meters wide, has a draft of 30 meters with a dead weigth of 156,907 tons. Most suprisingly and thanks to vast amounts of automation she only carries a crew of 13. She is registered in Denmark. 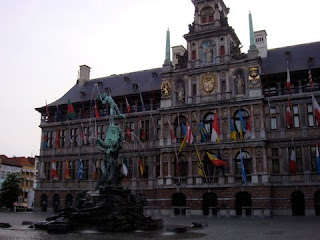 Government building in Antwerp. Just like junoir cruise without all the midshipmen running amuck. 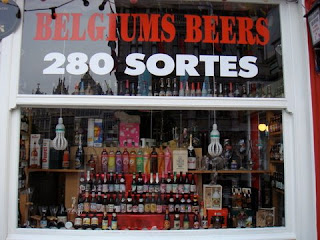 One of the best parts of Belgian culture. I particularly liked a beer brewed by former coal miners in the now defunct mining region of the country. 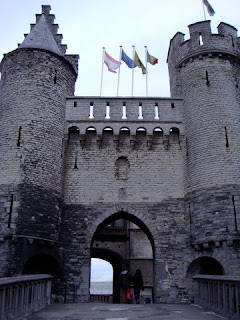 The entrance to the Antwerp maritime museum. 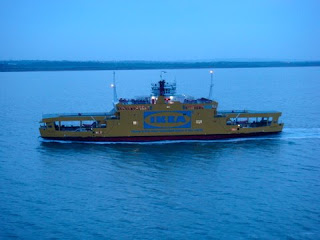 This Red Funnel Line ferry which services the Isle of Wight can be seen here headed back to Southampton. An Ikea just opened in town and paid for the hulls of two of the ferries to be painted with the familiar Swedish colored logo. Pretty good advertising stunt. 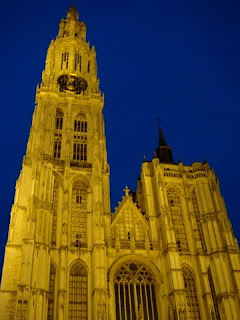 The cathedral at dusk. 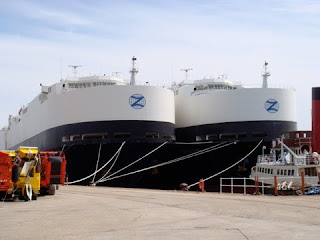 Two car carriers laid up at the Southampton Ro/Ro berths. There were another four which had been at anchor off the approaches to the Solent for several months. A sign of the times. 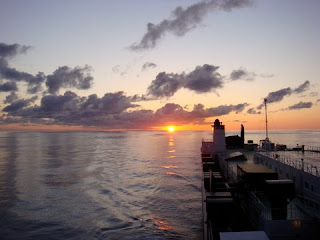 The sun rises again. Mornings like this serve to remind me what it is I love about working at sea.
Posted by Deep Water Sailor at 10:16