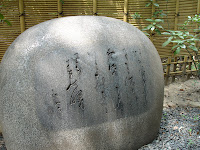 No other vacation of mine has been comprised of so many consecutive days at home. Save for two quick ski trips, one to Maine and one to Vermont, the number of nights I have slept in hotels, hostels or on friends couches has been dramatically reduced. And though I still yearn to spend my time off from sea traveling I've been content this time staying closer to home.

My living situation certainly plays a role in this new found contentedness. I have a small family living at my place now including a cat, a Pembroke Welsh Corgi and my girlfriends eight year old son. The transition from a strict bachelor's pad to that of a home with homework and dog walking has been a challenge to my well established sense of independence but the satisfaction garnered from cooking and eating with the same wonderful people day after day is an unparalleled experience.

The presence of a dog, albeit a small one and not the long haired husky I always pictured, is a perpetual source of entertainment. At one year old he is the archetypal Corgi; athletic, smart, obedient and affectionate. Whenever I move from a seated position at home or when we're hanging out at our favorite bagel shop I have to take care not to step on him. Though never fed from the table his favorite spot when not on the move is directly under my chair. 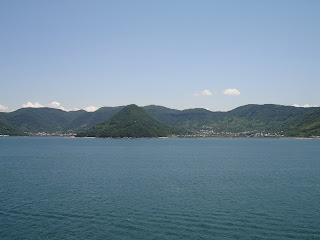 With more people, animals and furniture in my modest home than ever before I have been reflecting on the situation in Japan where in an instant thousands of homes were obliterated by the power of nature.
I have an image from the Internet trapped in my mind of the devastating tsunami. The image is reinforced by the time I spent on Honshu, most of which was with my brother, at the time an apprentice seaman on my ship. The scene showed a sidewalk, meticulously hand swept, along a narrow road lined by miniature automobiles parked in an orderly manner as if they were cargo on the roro. Across the road is a low levee separating the order of Japanese civilization from a wide river fringed in the distance by green conifer covered hills. Pouring over the levee is a black wall of water three meters high as full of flotsam as it is wet heaving the compact automobiles up and sweeping them towards the front of what moments ago must have been occupied store fronts. 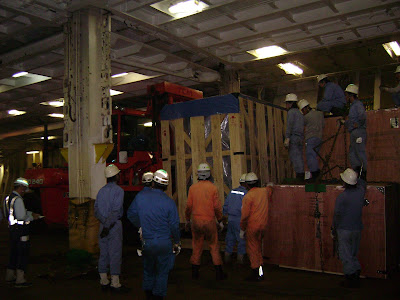 Longshoremen loading break bulk cargo in Tokyo
It is a terrifying scene from a place that I have very fond memories of. I have never enjoyed working with stevedores and longshoremen as much as I did in Japan. The efficiency and work ethic that was carried onto the ship each time the stern ramp went down is unparalleled in my experience. The pilots were memorable for their advanced age and naval like formality. Many of the pilots were teenagers during World War Two, their age a reflection of how much trouble the associations in Japan have recruiting younger people into the marine profession. But despite their rigidness and extreme politeness they usually had a sense of humor and enjoyed talking on the bridge during long passages through the inland sea. 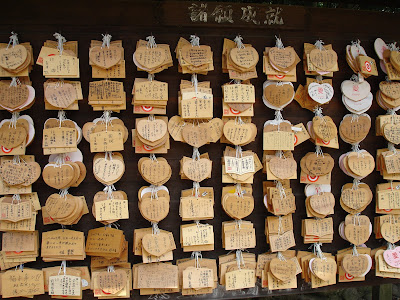 Prayer cards at a shrine in Kobe
World events are weighing heavily on my mind as I begin packing my bags for this next hitch. Almost every nation in the Middle East is experiencing some level of historical instability. Somalia, always the deep sea mariner's first and foremost concern, has shown no change in the pace with which piracy is being committed despite increased pressure from the coalition Navy.
The deaths of four Americans on the Sailing Vessel Quest has only reinforced my opinion that the only proven defense for merchant vessels is to have better weaponry and more of it in the hands of personnel with superior marksmanship than the pirates. Until the incentives of big paydays and all the khat you can chew is met with an equal disincentive of having your skiff sunk from under you in the shark infested Indian Ocean or a life sentence in Guantanamo Bay piracy will continue unabated.

My sense of self worth, something linked closely to my job performance and reputation at work, has been somewhat bolstered by reaching one of the mile stones I set for myself a decade ago. I'm the proud owner of my first Merchant Mariner's Credential, the unimpressive and disappointing 21st century version of a USCG paper license. My own is a little more memorable as it has printed, if you can find it in size nine font under the Medical Waiver requiring that I carry a spare set of corrective lenses on board, the word "Master".

Besides my GED the State of Florida Department of Education mailed to me when I was seventeen and my college diploma this passport sized booklet is the most valuable piece of paper I have ever received. Not so much because it represents my legal ability to operate any motor or steam vessel floating on any of the world's oceans but because it is proof that I have spent no less than three years, eight months and 20 days of my life working on board vessels of one type or another.

Because I take such satisfaction from knowing the numbers I did a quick tally of my total sea time and was surprised to find that in the last seven years I have spent 1,359 total days on documented vessels. Of these sea days 192 were spent on sailing vessels up to 115 tons, the rest on unlimited tonnage ships. In addition to sea time I have also spent nearly four months of my unpaid vacation time attending mostly required training.

Thanks to my affiliation with one of the United States three unions for seafaring officers my training has been completely subsidized through employer contributions and my payment of quarterly dues. Otherwise the 72 days spent in IMO required "upgrade" training would have cost me not just precious time at home but also $29,376 including room and board. Add on the other 45 days of training attending courses like Medical PIC refresher, Vessel Security Officer, and Fast Rescue Boat Operator and the bill would total over fifty thousands dollars!

While most management level officers belong to a union, or better yet a company that will pay for this onerous training, there are some out there that have had to pay out of pocket to climb the license ladder. As for the unlimited HP engineers who haven't yet tested for their First Assistant/Chief Engineers license the days of living without the burden of upgrade courses are numbered. Rumor has it that beginning in 2012 the IMO in it's infinite wisdom will begin requiring competencies that can only be documented in the classroom and not where you'll actually use them, on your ship.

As I sit in my kitchen on one of my remaining days at home watching the snow continue to fall on this, the fifth day of spring, I chuckle at the mental anguish I know it inflicts on all the New Englanders fed up with the winter of 2011. Personally I don't mind all that much. It's going to be a hot spring where I'm headed to in a few days and not just on account of the scorching sun. Autocracies, revolutions, no-fly zones and hijackings abound so it stands to be an interesting trip. I'll do my best to keep you posted. 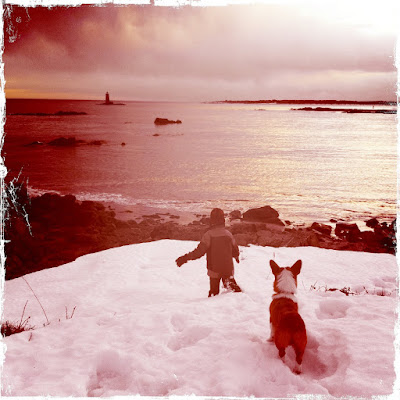