Fall in the Klondike 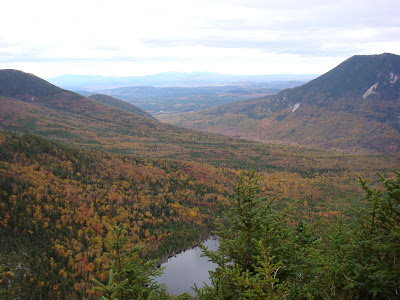 This past weekend I initiated, with the help of a friend, my own fall foliage tour of New England. I've never considered myself to be a leaf peeper but having spent the last five days in between Boston Massachusetts and Millinocket Maine I've gained an appreciation for the variety of the sights and smells of a proper fall.

Included in our itinerary was igniting a huge pile of brush wood into an all night conflagration consuming micro brews until there were only coals left, journeying to the great north woods to be told by a park ranger that all the summit trails to the top of Mount Katahdin had been closed due to weather, and spending a perfectly placid blue day on the waters of Damariscotta lake content to do little else than gawk at the foliage and take one last dip in the cold but very clear water. 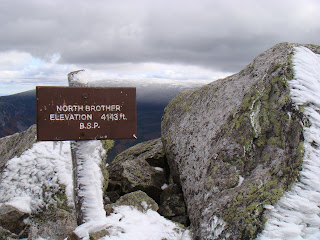 Baxter State Park, about 250 miles from home, was the best part of the tour. Despite being refused our ascent of the highest point in Maine we made due and roasted corn, potatoes, and onions on the fire. T-Bone steaks and a flask of red breast led to the best out door sleep I've had all year. The next morning we set off on the 20 miles of dirt road to arrive at the other side of the park to hike Coe, South Brother, and North Brother peaks. The trails were in poor shape in spots but a hand full of hikers had made it up despite the increasing clouds. I was amazed to find the peaks of Katahdin shrouded in snow, the reason for the trails being closed. Our own ascent up North Brother, a mere four thousand footer was met with freezing temperatures, ice and snow, portents of the months to come. 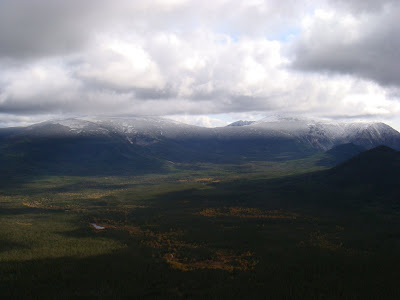